How Much RAM Is Too Much? [GUIDE]

The more RAM a computer has, the better. With ever-increasing demands on computers, more and more RAM is needed to keep up with the demand for memory-intensive programs such as video editing software. However, there is a point where it becomes too much. Too much RAM can lead to increased power consumption from the computer and decreased battery life from your laptop.

RAM is one of the most important components of a computer. But, it’s not always necessary to invest in more RAM if you want to improve your PC performance. Many people believe that buying more RAM will help boost their PC’s performance. When in reality, the money needed for additional RAM could be better spent on a faster GPU or CPU.

In short: We can confidently say that 64 GB of RAM is overkill for most people. With the average computer user running on a device with 8-16 GB of RAM, it would be rare to need more than that . In some cases, however, this can be useful for gamers and 3D rendering. If you have a need for this type of processing power on your desktop, there are many options on the market that offer a more reasonable amount of RAM at a comparable price point.

Your PC has a limit on the amount of RAM it can support. There are some guidelines that you should follow to make sure you’re not wasting money on buying more RAM than your computer can handle. The first rule is not to go too far over the limits of your motherboard’s maximum specifications. If you put too much RAM on your PC, it may simply not recognize it.

It’s not recommended to buy too much RAM because it may not run on your machine and it would be a waste of money if you can’t use it. You need to first check that your motherboard can handle an additional amount of RAM and has available RAM slots.

Some people hesitate to upgrade their RAM size because they are not sure if it will go over the 4GB limit. However, if you don’t want to be limited and you’re running a 64-bit operating system, then you will need a 64-bit processor and motherboard with 64-bit memory slot(s) in order to go above that 4GB limitation. You will also need a 64-bit operating system in order for your computer to use more than 4GB of RAM.

Today’s modern digital world is full of choices. If you are struggling with the decision of whether to invest in a better GPU or CPU or if your RAM needs an upgrade, it would be wiser to invest in a better GPU or CPU rather than more RAM. If you have already a good amount of ram (16GB and above), It is possible that investing in increased RAM will not help your computer performance because it has reached its limit and there is no room for improvement.

While there may be times when adding extra RAM can be advantageous for your system, it’s worth considering that a GPU or CPU upgrade might have a more noticeable impact on how your computer performs. The key to a powerful computer is a combination of a good CPU and GPU, not just having an abundance of RAM.

Many people believe that the more RAM the better. However, we disagree. It is not necessary to purchase a computer with more than 16 GB of RAM. In fact, most computers only come with 8 GB of RAM and this is all you really need in most cases. Although you may want to upgrade what your computer comes with, you should make sure that the motherboard and CPU are powerful enough to support it before buying any extra memory.

The Hard Truth About Having Too Much Ram

If you’re thinking of starting a new computer, you may be tempted to buy as much RAM as you can reasonably afford. After all, the more RAM you have, the more programs you can run at once, the faster your computer will work, and the less work you will have to do to keep programs running smoothly.

That’s true. But there are also some drawbacks to having too much RAM.

First, the motherboard may be forced to take the timings on your ram down, as it is more demanding on the board. The level of performance you get from your PC can be impacted by how much RAM you populate in the motherboard. If you populate all four DIMM slots, it may slow the timings on your ram if you’re using a board that has limitations. If you put too much RAM in a computer, it will put an extra load on the memory controller and will often result in slightly looser timings.

Second, buying more RAM is like buying a bigger house: it costs more. If you can afford it, more RAM will make your computer faster, and that’s worth occasionally having to spend some money. But buying more RAM because you think it will make your computer faster is not a good investment strategy. In fact, it’s very dangerous — if you put all your money on RAM, you will be more likely to be disappointed.

Third, buying more RAM doesn’t make your computer faster. You don’t really gain anything by doubling the amount of RAM if you already have a decent amount of RAM for your daily uses.

Fifth, the more RAM you have on your PC, the higher your PC’s power consumption will be. The more RAM is added to a computer, the cooler it must run. This is because the CPU of a computer will use more power to process data when running multiple programs at once with more RAM.

One of the worst mistakes to make when buying RAM for your computer is to buy more RAM than you need. Doing this creates two problems that are both frustrating and expensive. The first problem is that you end up with a lot of extra RAM in your computer that it doesn’t need, which means that it isn’t being put to good use. The second problem is when people buy more RAM than they need, they lose money that could have been used to buy a better CPU or GPU to boost their PC’s performances

Many people find themselves sitting on computers with too much RAM because they don’t know when to stop buying. With so many different models of RAM out there, it is understandable that someone might not know which one is right for them. It can also be difficult to gauge how much RAM is enough when you are just starting out.

A central question in any computer is how much RAM should I get. The answer depends on the type of computer and use. For most purposes, 4 GB of RAM is an ample amount to do basic tasks such as web browsing and running office suite programs such as Microsoft Office. If you’re a gamer, then it is important to have at least 8GB of ram. In general, though, modern AAA games require 12GB of RAM or more to run smoothly. 32 GB of ram or more is generally required for professionals in fields such as design, video editing, and some scientific uses

RAM or Random Access Memory is a component that stores data related to the programs currently running on a personal computer. To operate properly, computers require enough RAM to store all of the data it needs for current and upcoming tasks. The more RAM you have, the more data your computer can hold and wait for when needed; this means that your computer will not be “cleaning out” old data when it needs to keep new information in order to work fast enough.

What OEM Unlock MEANS, And Why You Should Enable It 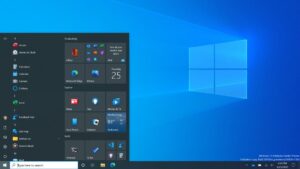 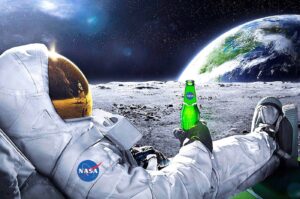 How to get softwares, source codes and algos used by NASA 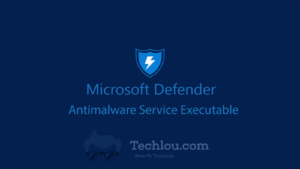 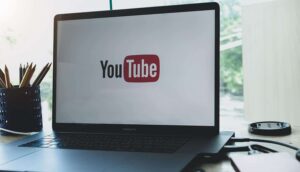 How To Unsubscribe From ALL Youtube Channels At Once. 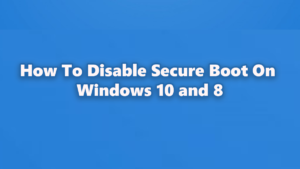